Fractal trees are a cool example of simple patterns yielding results with visual appeal and complexity.

The simple version discussed here is materially similar to those found on Rosetta Code.

There are two ideas at play:

Notice that there are no leaves per se! The naive color scheme generally works well to form the impression of leaves, so long as there are sufficient number of levels in the tree.

With some basic additional logic to gradualyl adjust branch height and width, we have something like this: 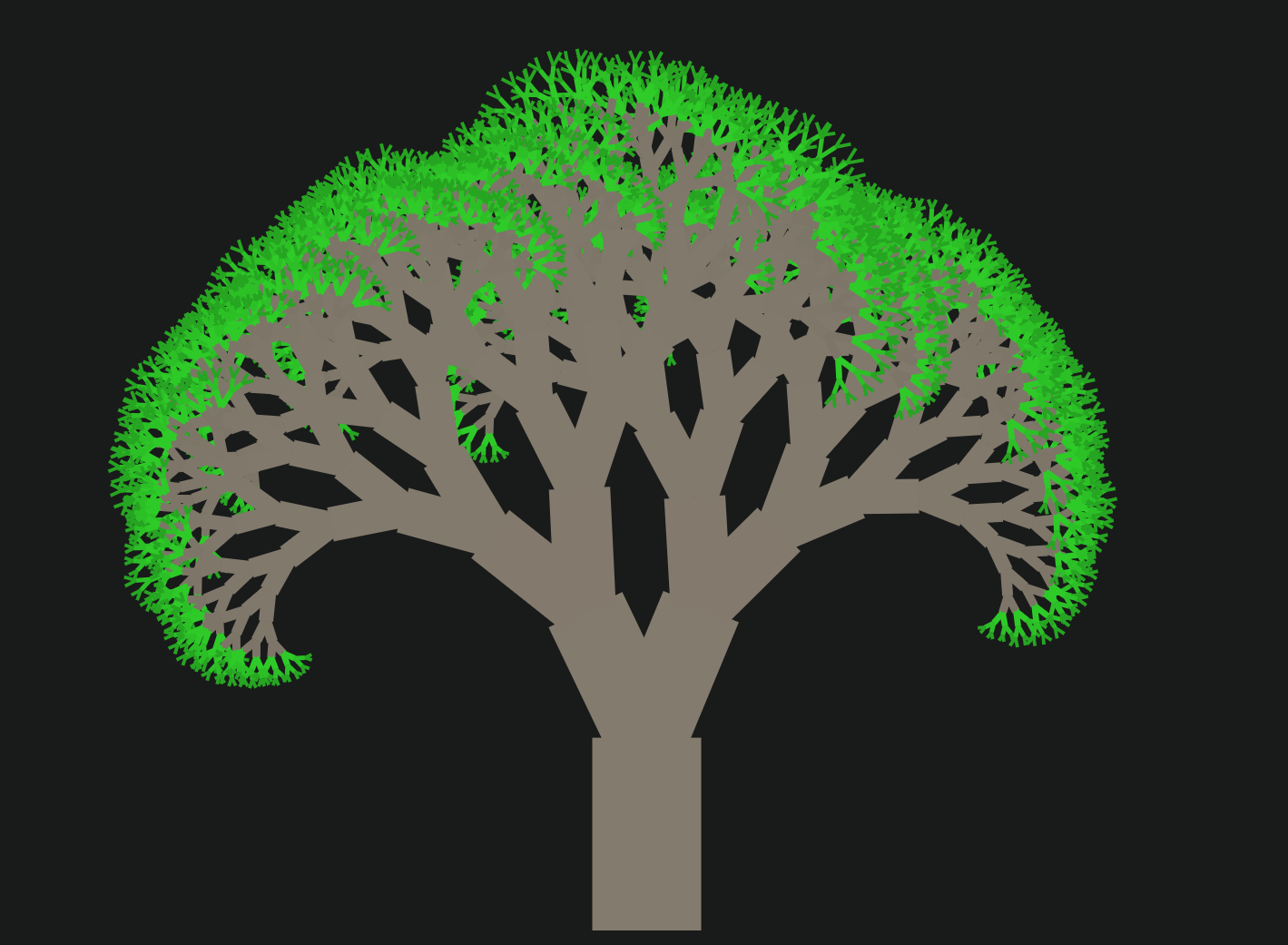 One problem we note is that the narrowing the branch width leads to ragged joints:

We could draw triangles to smooth out the joints, or just extend the trunk a bit further 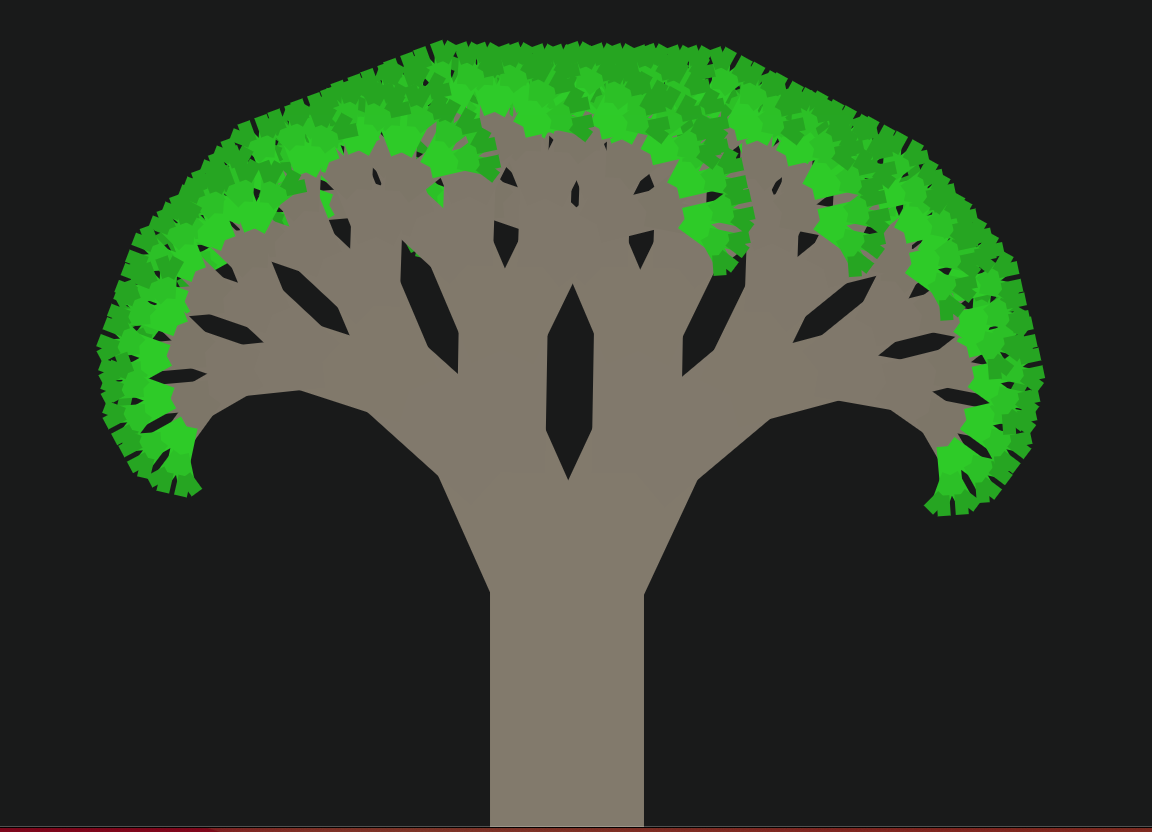 With at most 14 levels, there are (at most) ~16K branches. Adding options to tweak the starting width, height, angles, as well as width change, height change, and the option to add noise, there’s plenty of expressivity to generate very different trees.

A wider and fuller example: 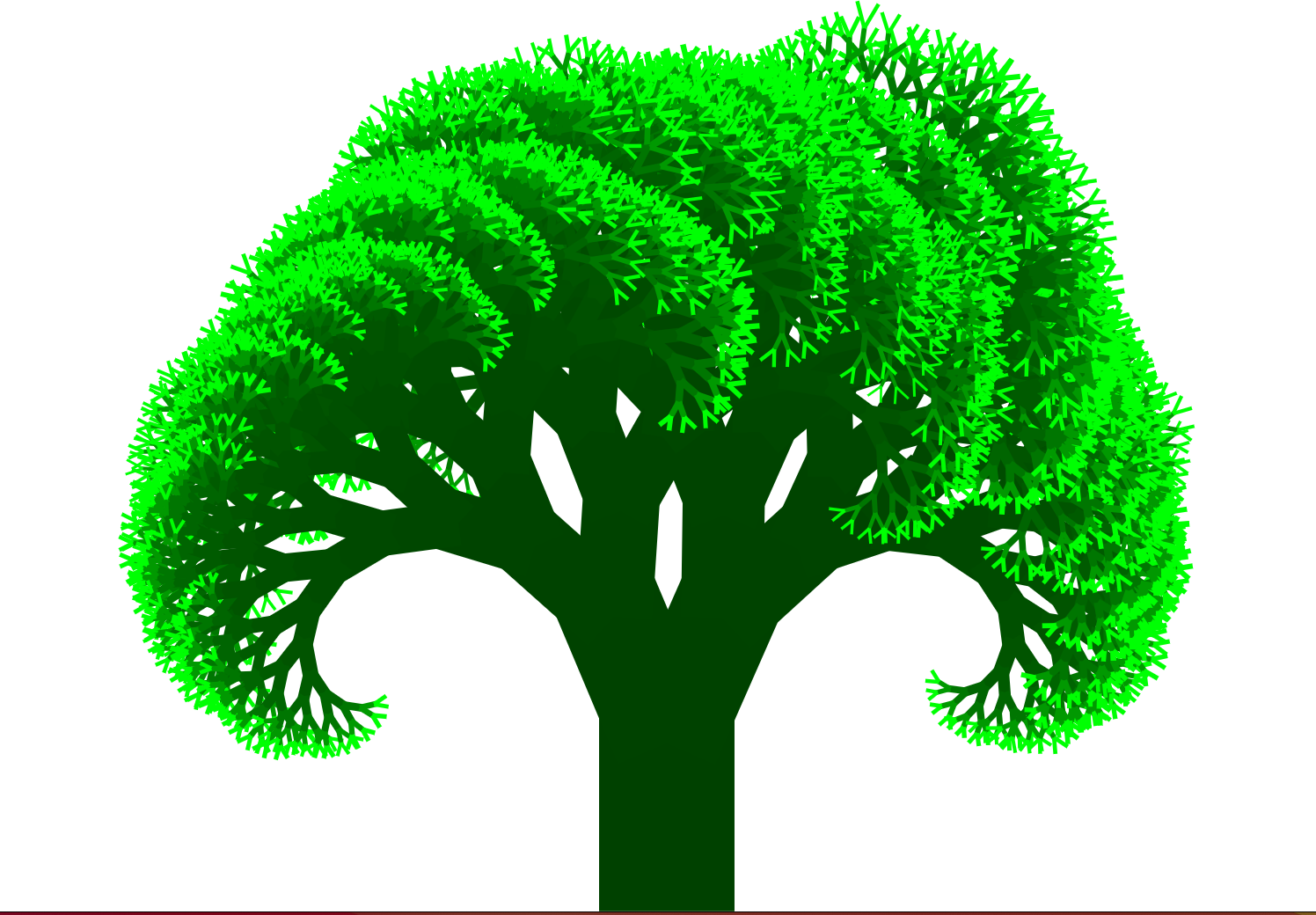 A taller and skinnier example: 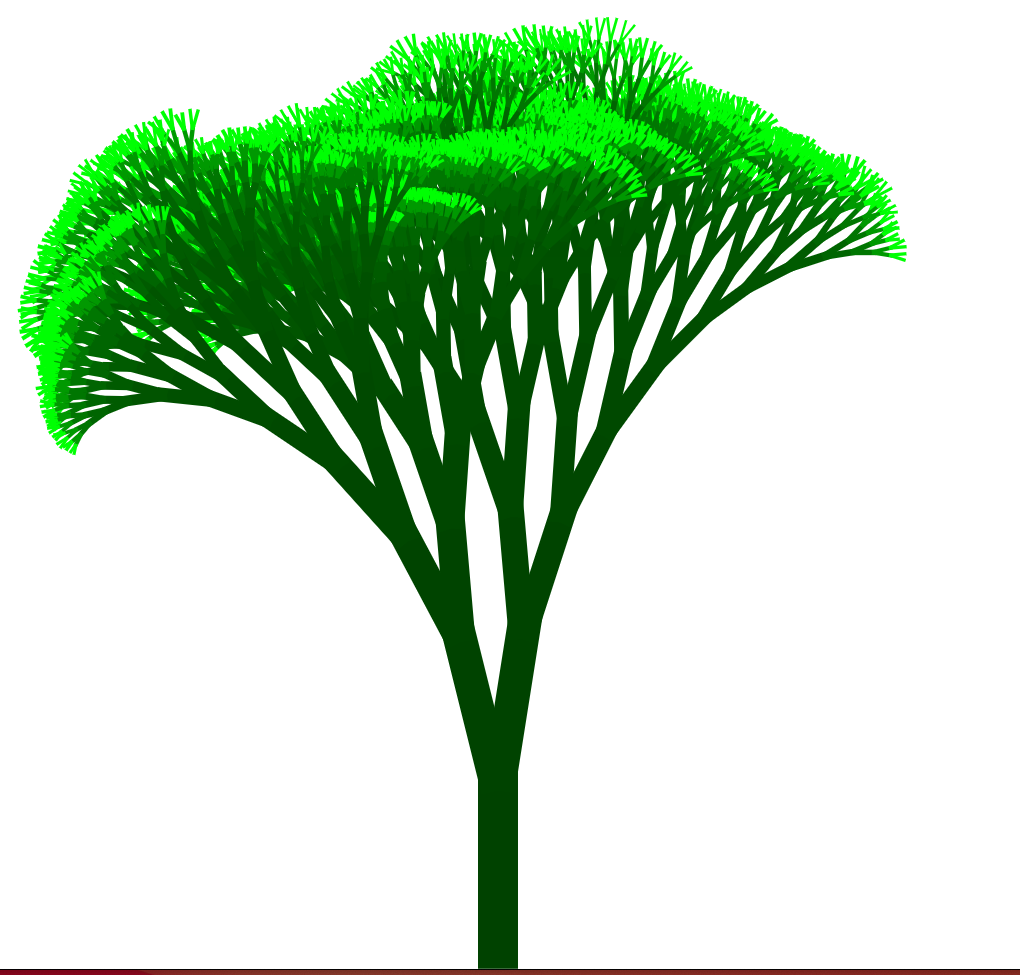 The leaves for the most part don’t look too green, even with naive rgb 0 255 0 at the higest level, thanks to the presence of many smaller branches that provide darker shades of green.

The above examples were generated in Elm. The actual implementation is a bit more complicated than the Rosetta Code examples, due to wrapping the tree in a Random.Generator to add noise.